THE PALACE AT 4 A.M. | ARCHAEOLOGICAL MUSEUM OF MYKONOS

NEON in collaboration with the Ephorate of Antiquities of Cyclades presents: The Palace at 4 a.m. at the Archaeological Museum of Mykonos. The show takes its title from an iconic work by Alberto Giacometti. 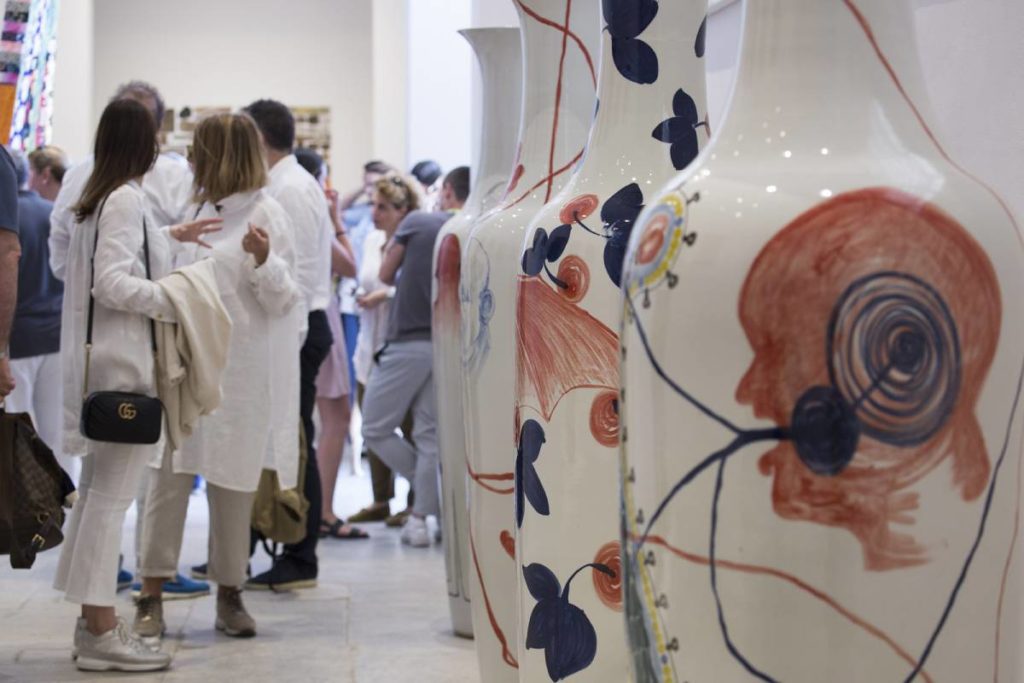 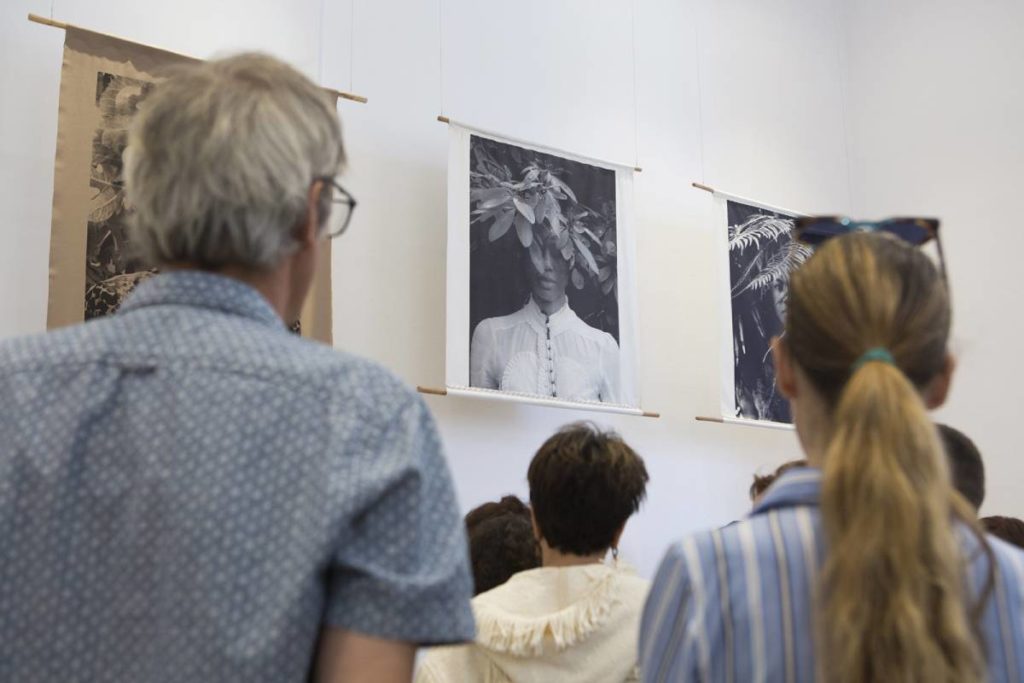 The Palace at 4 a.m. is a small wooden sculpture he created in 1932; like a theatre it features a dramatic encounter between a woman, a bird and a spinal column. Presiding over these protagonists is a totemic entity. The scene is a palace before sunrise, a time of dreams, ghosts and secret assignations.

The exhibition draws on the strange drama of Giacometti’s masterpiece to evoke the spirits, rituals and myths that haunt ancient archaeological sites such as Delos. The island’s statues, architectural fragments, vessels and tombstones collected in the museum are attributes of a cosmopolitan citizenry that disappeared two millennia ago. Just as Delos once brought together people from across the ancient world, The Palace at 4 a.m. features a global roster of 13 artists.

Their work is juxtaposed with the museum’s collection and additional treasures selected by the archaeologists of the Ephorate of Antiquities of Cyclades. Like a theatre curtain a monumental decorative drape newly commissioned from by Duro Olowu, which combines the richly decorated textiles from northern and southern hemispheres, provides the overture to the exhibition. 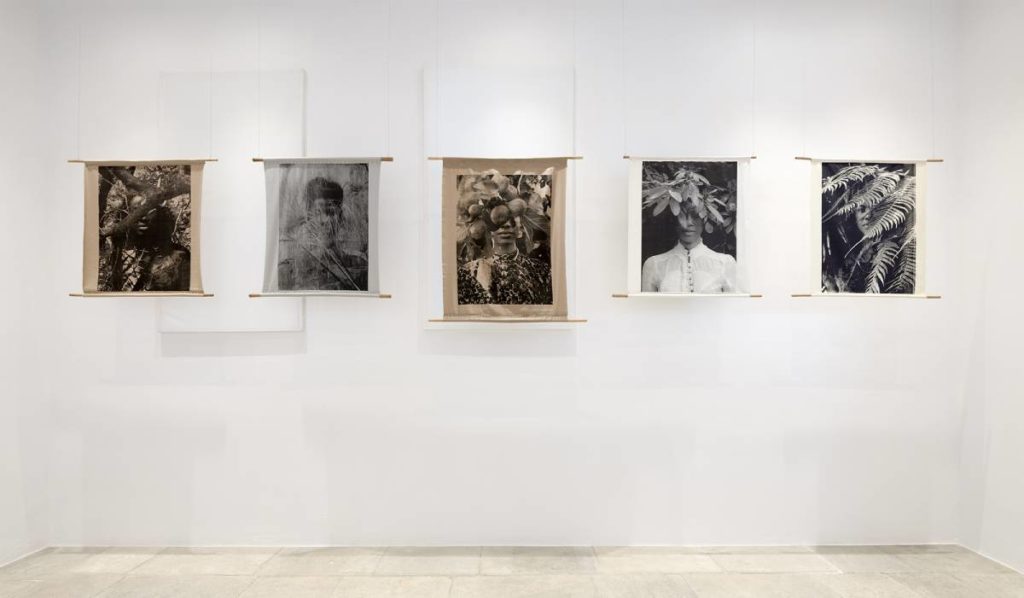 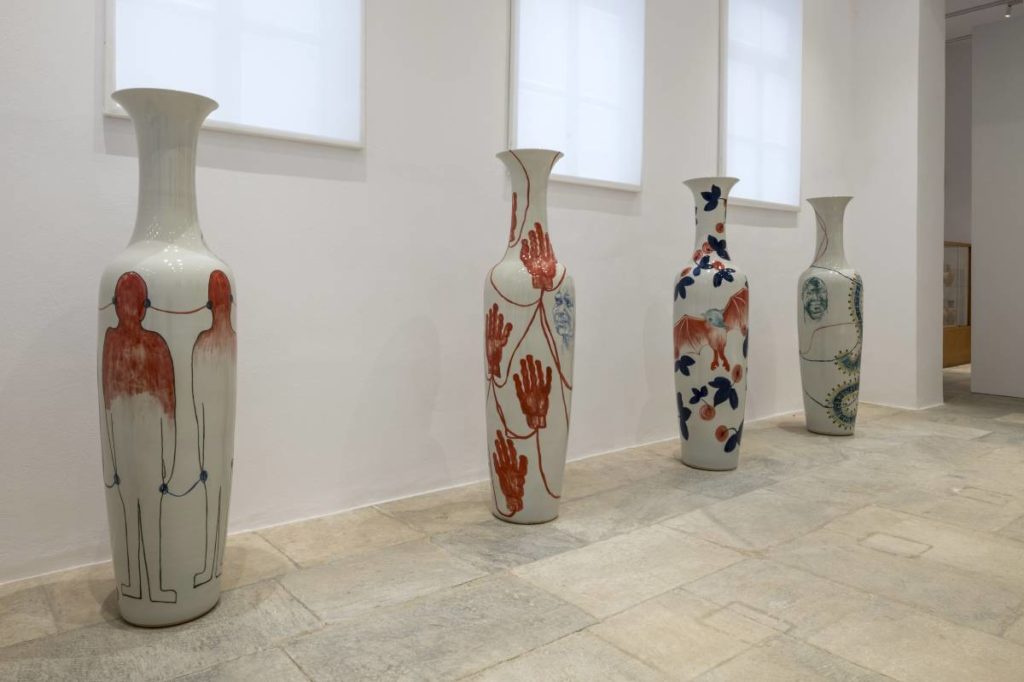 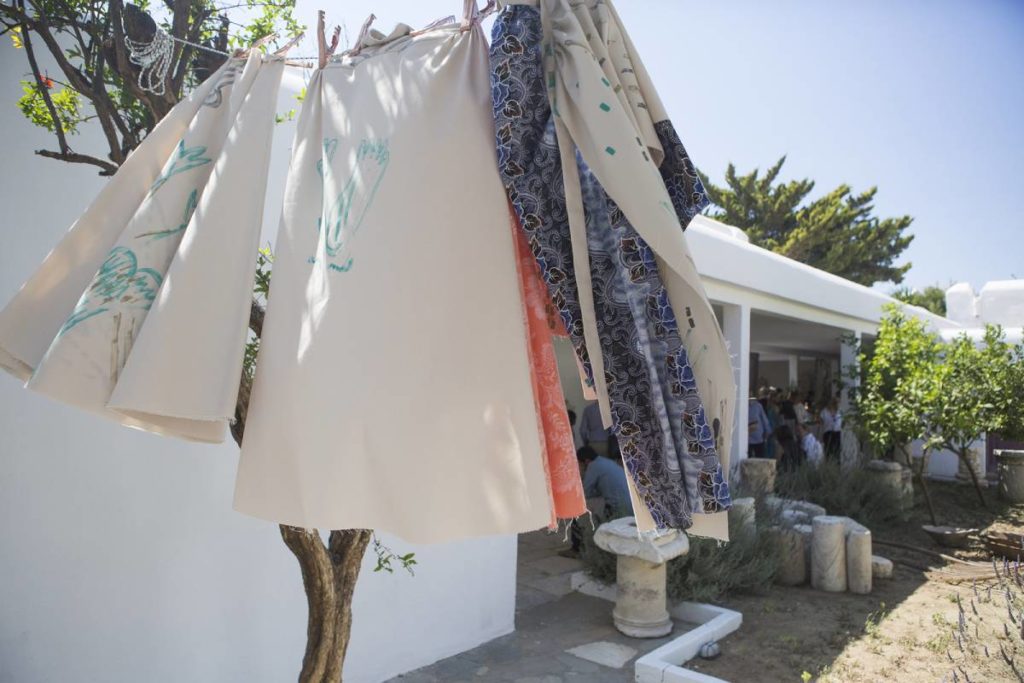 Exhibition until 31/10/2019 | Archaeological Museum of Mykonos

The admission ticket supports the activities of the Archaeological Museum of Mykonos. 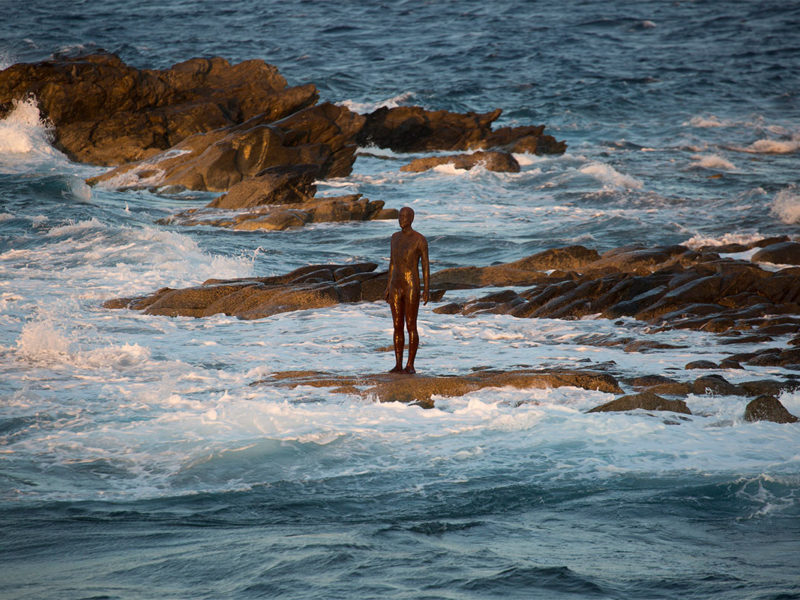 SIGHT | ANTONY GORMLEY ON THE SACRED ISLAND OF DELOS